Earlier today, I posted about the ergonomic upgrades I made recently to my workspace at home.

One of the interesting side-effects of switching from using a 24-inch HD monitor combined with my MacBook Air’s built-in screen (using something called extended desktop mode) to using a single 30-inch monitor, is the surprising increase in focus I feel like I now have.

Instead of switching my vision from one screen to the next, each with very different pixel densities (how many pixels are crammed in a single square inch), I now have everything I need right in front of me on one screen. Any applications or windows not relevant to the task at hand can be moved to another virtual desktop, minimized, hidden or closed.

Farhad Manjoo, writing for Australia’s The Age, tackles the subject of one monitor versus two, specifically related to productivity:

As the price of computer monitors plummeted over the last decade, studies showed that increasing display size increased people’s productivity. It didn’t seem to matter that the research was sponsored by Dell and NEC, among other monitor manufacturers. Now two-monitor setups, once the rarefied domain of Wall Street and Silicon Valley, have become de rigueur in offices across the world.

But what if we’ve all been duped? What if more monitors and bigger monitors actually detract from, rather than improve, how you work? What if, rather than more space to get stuff done, what you get from a larger display or two displays is more freedom from work – more room for Twitter, email, chatting and all the other digitised diversions that conspire to get you fired?

In a switch that amounts to heresy among some techies, I’ve become a two-screen sceptic. Two months ago, about five years after becoming an ardent proselytiser for the Church of the Second Display, I turned off the extra screen on my desktop computer. At first, the smaller workspace felt punishingly cramped. But after a few days of adjusting to the new set-up, an unusual serenity invaded my normally harried workday. With a single screen that couldn’t accommodate too many simultaneous stimuli, a screen just large enough for a single word processor or browser window, I found something increasingly elusive in our multi-screen world: focus. 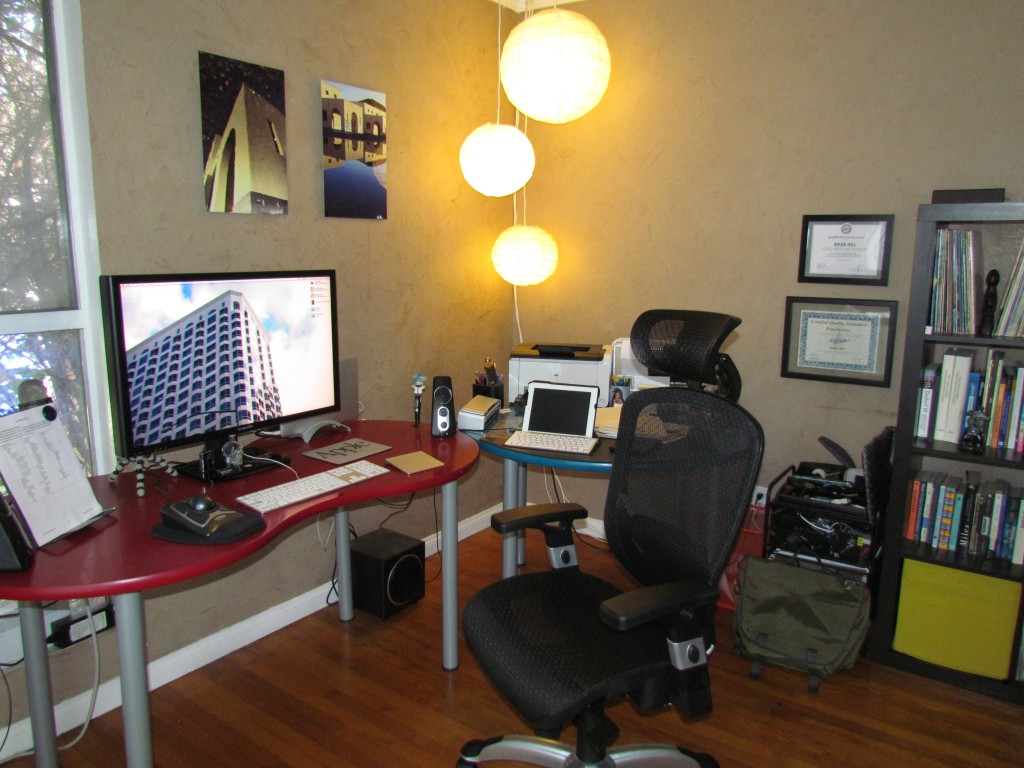