People may think I’m nuts to suggest it, but I truly believe that one of the most important skills needed in the built environment over the next couple decades lies within the realm of computer programming. After all, someone needs to program all the robots…

The trend in the A/E/C industry is clearly towards increased automation, pre-fabrication/off-site construction, 3D printing, etc. But that doesn’t necessarily mean that all the construction jobs are moving into the so-called Ivory Tower to be handled by white-collar workers. Quite the contrary: computer programming is likely going to be viewed as more of a blue-collar role — in other words, the work of skilled trades people.

When I ask people to picture a coder, they usually imagine someone like Mark Zuckerberg: a hoodied college dropout who builds an app in a feverish 72-hour programming jag—with the goal of getting insanely rich and, as they say, “changing the world.”

But this Silicon Valley stereotype isn’t even geographically accurate. The Valley employs only 8 percent of the nation’s coders. All the other millions? They’re more like Devon, a programmer I met who helps maintain a ­security-software service in Portland, Oregon. He isn’t going to get fabulously rich, but his job is stable and rewarding: It’s 40 hours a week, well paid, and intellectually challenging. “My dad was a blue-­collar guy,” he tells me—and in many ways, Devon is too.

Politicians routinely bemoan the loss of good blue-collar jobs. Work like that is correctly seen as a pillar of civil middle-class society. And it may yet be again. What if the next big blue-collar job category is already here—and it’s programming? What if we regarded code not as a high-stakes, sexy affair, but the equivalent of skilled work at a Chrysler plant?

Lazar’s piece ends on a note that I can definitely agree with: “[T]he real heroes are people who go to work every day and turn out good stuff—whether it’s cars, coal, or code.” 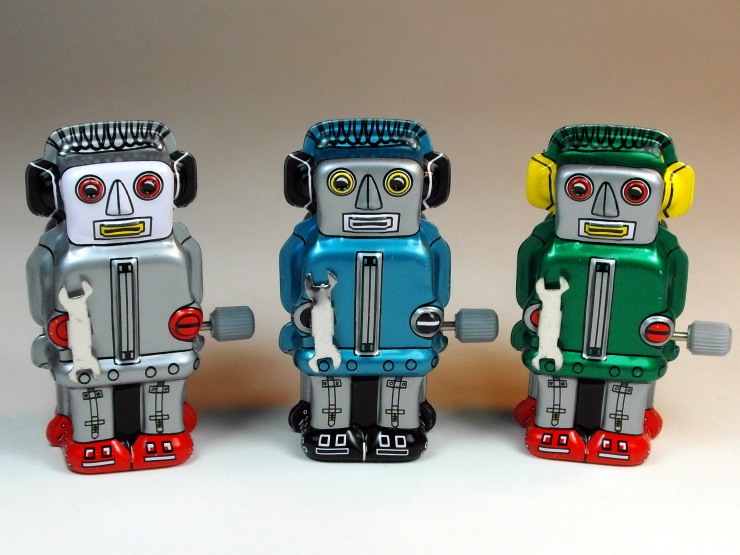