San Diego’s Building Industry Association played host to an outstanding and dynamic presentation earlier this morning on the topic of energy and the 2016 California building codes that went into effect at the beginning of this year.

The panelists included a great mix of building professionals and thought leaders that don’t merely speculate on the impact of green building — they live it:

Rather than attempt to condense the nearly 2 hours of solid content, I thought I’d highlight a few points that stuck out for me.

Scott Riffenburgh has been around the green building block, you could say. One of his earliest projects was to oversee the implementation of a building automation system that allowed a single computer terminal to control all the major energy-using systems at a multi-building office park. The catch: This was in the 1980s when such systems were virtually unheard of!

The whole point of a whole building automation system is to optimize energy usage in relation to demands on the grid. In other words, instead of running systems that use lots of energy during the peak demand times in which everyone else is using lots of energy, you try to shift that usage to off-peak demand times. Not only does it save the end user a great deal of money, it reduces the demand on the grid.

Automation of building control systems will be a critical factor for the success of net zero energy homes mandated by code beginning in 2020.

The critical technology that will really help optimize energy usage relative to demand is of course being able to store energy on-site. This can take the form of batteries (such as the Tesla Powerwall system) or through thermal energy storage. This is a concept known as “load shifting.”

More Stringent Mandates Are No Joke

In the past, whenever a new version of the building code was released in California, builders report that one could generally expect about a 8-10% increase in performance expectations. The 2013 revisions to California’s green building requirements codified under CALGreen, represented an approximately 32% increase over the previous revision. The 2016 revision represents a 28% more stringent code over the 2013 revision.

So it should come as no surprise that builders are experiencing a lot of grief over compliance with CALGreen.

Here are some examples of what they are facing:

Most builders exist to make money, so the current economic situation, combined with these new stringent standards are requiring reevaluation of previous notions. As an example, even though it is a not-for-profit builder, Habitat for Humanity found that when they built a house in Stockton to Net Zero Energy (NZE) standards, they actually saved around $3,000 over the cost of a similarly configured standard home built to code.

The key for builders is to look at these higher performing buildings holistically, from the “whole building” perspective. Ms. Warrell stated that Shea Homes has held several design charettes to help navigate their path forward not just in California, but nationally, as we expect that other jurisdictions will follow California’s example, as has been the case historically. A design charette is a meeting where various experts representing different building systems and disciplines evaluate and consider options for achieving specific goals on behalf of all stakeholders.

Because ultimately, as more and more professionals are coming to find out in the building industry, sustainability is a value engineering exercise. We often refer to the 3 P’s of the triple bottom line which entails not just Profit, but also the People (social impact) and the Planet (environmental impact).

It may be tempting in such a competitive housing market to focus solely on financial performance, but such short-sighted concerns rarely pan out. It isn’t just some lofty mandate that led to California’s stringent energy and water measures for buildings — the marketplace is demanding it. Homebuyers, and renters alike, want to live in homes that they can afford (talk about easier said than done!), that are comfortable to live in, not hazardous to their health, and are nearby the places they want to spend time.

Rich Williams’ company Alliance Green Builders has built some of the highest performing homes in the San Diego region. The feedback he has received from the marketplace is clear: “how a home performs is as important as it looks.”

There was a lot more content that the speakers covered, but I think that the takeaway is that meeting the increasingly more stringent requirements of California’s green building mandates isn’t going to get any easier. And if builders continue to try to “do things the way we’ve always done them,” the results will be disastrous. Only by completely reevaluating previously held assumptions, and thinking outside of the box, will they not just succeed, but in fact thrive in the market. 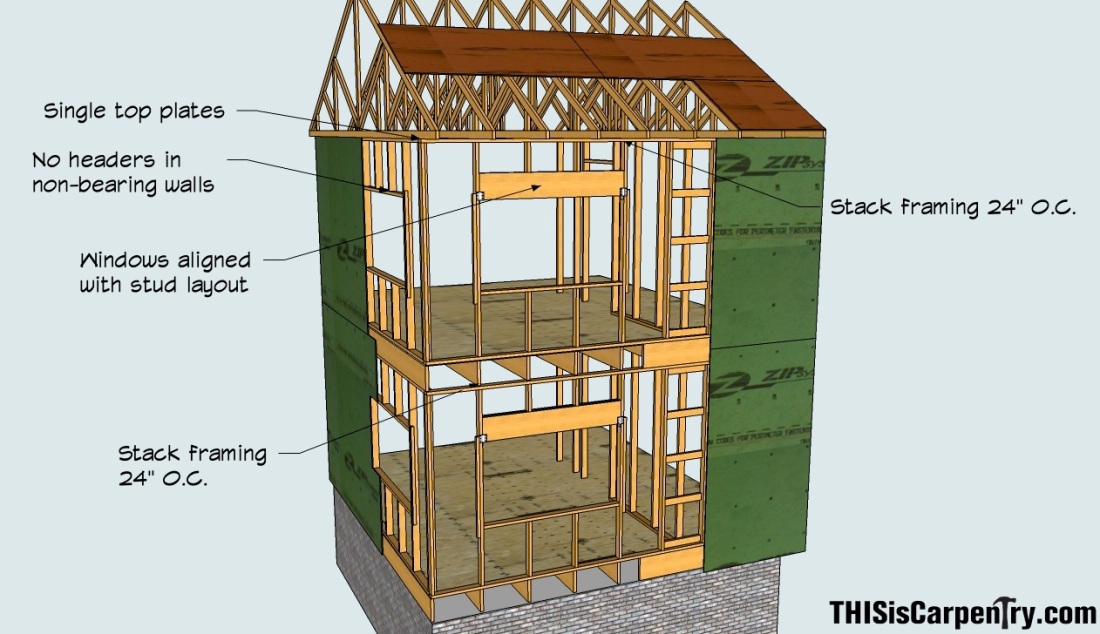 Image courtesy THISisCarpentry.com (Be sure to check out their incredible article explaining some of the 2016 mandatory measures in CALGreen applicable to residential buildings.)